Kenneth began his career in June of 1969 as a financial planner with the New York Life Insurance Company at the age of 21. His goal: To become a millionaire by the time he was thirty (30).  And he did. In his first year, he set company sales records.  Kenneth was paid strictly on a commission basis, and he knew this meant unlimited income.  Over his two decades long career, Kenneth was among New York Life’s top 100 agents. One of his most prized accomplishments was being a member of the Million Dollar Round Table and the Top of the Table (among the top 1,000 gents in the world).   He received nationwide invitations to present as a motivational speaker and to teach his very own unique insurance sales techniques.  His record-breaking techniques are still used as a basis for training in many circles in the insurance industry.


In 1989, Kenneth retired from New York Life Insurance Company, and allowed his strong entrepreneurship spirit to flourish, creating forty-seven corporations, some of which today are household names. The most widely known is Kenny’s Ribs & Chicken. Others are Lewis & Amu Development Corporation, a construction firm, and many more.  Of significance, in 1997, the first Dusties Southern Style Buffet opened. The family dining establishment was such a success that in the summer of 2004, a five million dollar dream restaurant became a reality with the opening of the “Flagship Project” encompassing both his largest Kenny’s Ribs & Chicken and Dusties Southern Style Family Buffet.

One of the greatest ventures he has pursued is sharing the entrepreneurial spirit with thousands of aspiring dreamers who want a better life for themselves and their families.  Using his skills as a committed entrepreneur, he is credited with teaching thousands of persons how to start and build a home based business. Helping and developing others start businesses allowed him the opportunity to share his gifts and talents. Kenneth is a proven master salesman and master business builder. In a very short period of time, he has had record breaking performances and trained many teams in the art and science of multi-level marketing.  He recognizes his true joy is to be able to mentor people to be successful and through this process they can change their circumstances for generations to come.


Kenneth Lewis, Sr., the master business builder, continues to develop creative ideas that will grow and prosper his community.  In 2015, he expanded the KLS Group and partnered with American Seniors Marketing, to fulfill his next venture of giving back to his community. His return to the financial industry fills the niche of educating and informing the senior population which is vastly underserved and in need of information on the little known and highly beneficial Medicare and medicate supplements.  A team of licensed insurance industry experts have mounted the task of providing education by targeting this population that will not only inform, but benefit senior generations through age eighty-nine (89).


God is the driving force for Kenneth.  He attributes all of his success to the Creator of the Universe, knowing with Him all things are possible.  He lives with an attitude of gratitude and praise for the One who has showered countless blessings on him with an abundance of success. Kenneth is ever grateful for the loving commitment of his mate, seven children, twenty –four grandchildren, and all of the Lewis family. 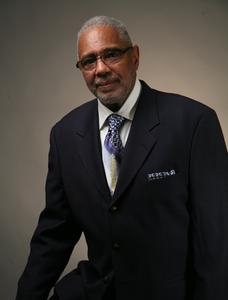